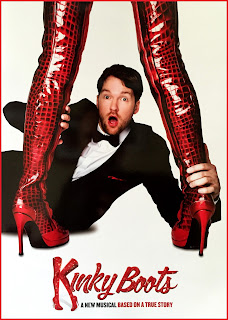 The Plot: Charlie inherits his father’s shoe factory, only to discover that things don’t look good for its future. After a chance meeting with drag queen Lola, he decides it’s time to change the factory product and start doing shoes for drag queens.

The Cast: What a cast! Everyone gives their best and fills the stage with life, emotion, great voices and energy. Killian Donnelly convinces us on his journey from a shy guy to an almost son of a bitch. Amy Lennox is terrific as Lauren and is hilarious with “The History of Wrong Guys”. In supporting roles, Jamie Baughan as Don and Michael Hobbs as George shine on their own right. The guys who play the Angels are truly impressive. Finally, last but not least, there’s Matt Henry as Lola; oh my God, he is fantastic! His Lola is bigger than life and whenever he is on stage we forget about the others; it’s impossible not to look at him. Dressed as a woman or as a man, he is a force to be reckoned. Fabulously leading the cast on the big production numbers or bringing the house down with a heartfelt rendition of “Hold Me in Your Heart” in pure Whitney Houston’s style. It’s like Charlie says to Lola: “Whenever you leave the room, there’s always a great big gap”. 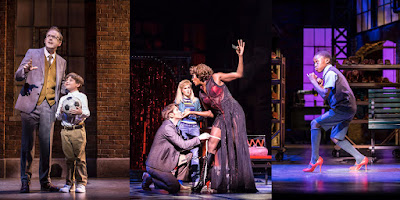 The Score: I’m an old fashioned and narrow-minded guy when it comes to music, so it comes as no surprise that Cyndi Lauper’s rock flavored score isn’t my cup of tea. I don’t appreciate much this kind of music, but the big numbers “Sex is in the Heel”, “Everybody Say Yeah” and “Raise You Up” are really exciting and truly contagious on stage. There are also a couple of nice ballads that I enjoyed, “Hold Me in Your Heart” and “Not My Father’s Son”, and an entertaining kind of modern tango, “What a Woman Wants”. Of course I would prefer that a guy like Cy Coleman had written the score, but Cindy Lauper came up with an interesting score that musical fans with an open mind will appreciate much more than I. 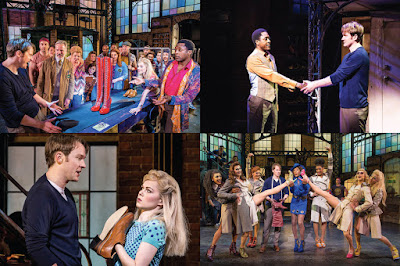 The Show: How can we resist the contagious excitement that fills the stage of this musical? We simply can’t. Director and choreographer Jerry Mitchell has a full day and I loved every second. He makes things move swiftly on stage, giving the show a constant rhythm, but he never loses the heart of the story. The big numbers are exciting and the small ones, truly emotional. The fabulous and colorful costumes by Gregg Barnes are a show in their own right. In the end the adrenaline is so high that I wish I could join the cast on stage with my own pair of kinky boots. A truly great time at the theatre! Don’t miss it! 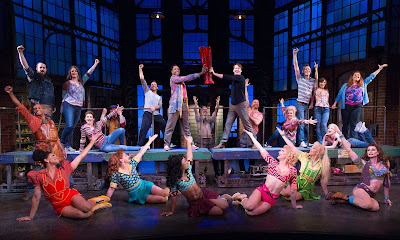 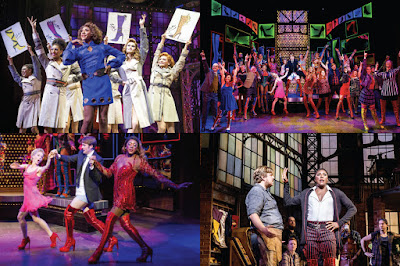 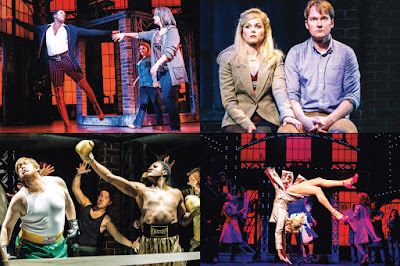 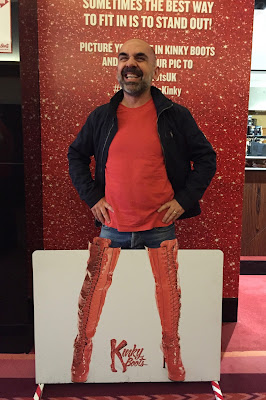 Me enjoying a pair of kinky boots.
Posted by Jorge Tomé Santos at 11:40 AM