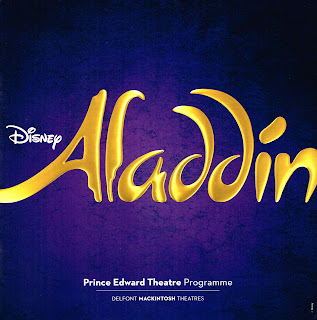 The Plot: Aladdin is a poor guy who steals to eat and who falls in love with Princess Jasmine. One day he is used by the evil Jafar and soon finds himself with a magic lamp whose Genie can grant him three wishes.

The Cast: In the title role, Dean John-Wilson doesn’t have a very strong presence on stage and although he has a nice singing voice, he is no match for Broadway’s original Aladdin. I couldn’t stop thinking that Stephen Rahman-Hughes, as one of this friends, was more suitable for the role. On the other hand, Jade Ewen pleasantly surprised me as Jasmine; revealing a beautiful singing voice and demanding our attention. As the bad guys, neither Don Gallagher or Peter Howe get pass the caricature, but I guess that’s not their fault. Everyone disappears of our radar as soon as Trevor Dion Nicholas is on stage. His Genie is bigger than life and he owns every inch of the stage. He is absolutely fabulous and literally stops the show with “Friend Like Me” and deserves the standing ovation he gets.

The Score: Composer Alan Menken was in an inspired mood when he wrote the songs for the movie and the new ones are as good as those. Menken is one of the few contemporary composers who really knows how to write a good theatre song, like the ones of Broadway’s golden age. There’s a joy to his songs that’s completely contagious and his pop ballads are always magically melodies; “Friend Like Me” and “A Million Miles Away” are two excellent examples of both types. I believe all the movie songs are here, including one of my favorites, “One Jump Ahead”. But a “Friend Like Me” and “Prince Ali” work even better on stage. Of the new songs, my favorite is the very Broadwayish “Somebody’s Got Your Back” and the beautiful ballad “Proud of Your Boy”. 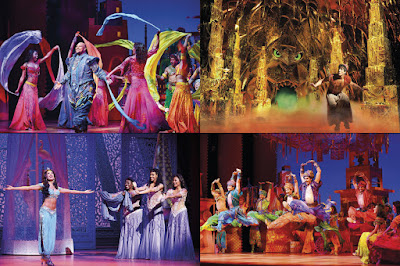 The Show: Remember the old technicolor MGM movie musicals? Now imagine one of those made on stage with all the money in the world and a team of stage magicians. That’s what this musical is, an unforgettable feast to all our senses! It’s true, it isn’t a deep show and the characters are little more than stereotypes, specially the wicked ones. There’s no doubt the target audience is kids of all ages and I felt like a child when I saw the magic carpet flying. How did they do it? It’s truly magical! Visually this is one of the strongest shows I have ever seen on stage. I guess costume designer Gregg Barnes must have used all the sequins in the world, set designer Bob Crowley was in a truly inspired mode and lightning designer Natasha Katz had a full day. Director and choreographer Casey Nicholaw keeps the action flowing and the dancing entertaining. The show may be childish, but the emotions are real and I couldn’t resist its enchantments. This is a perfect oiled show and probably Disney’s best stage production ever! 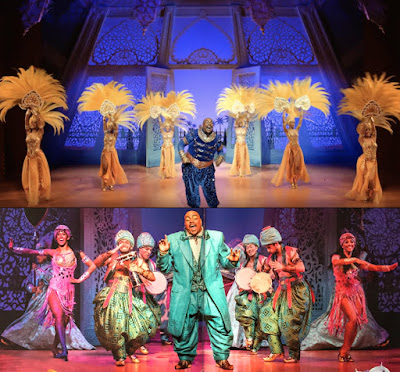 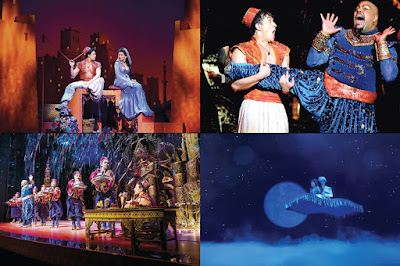 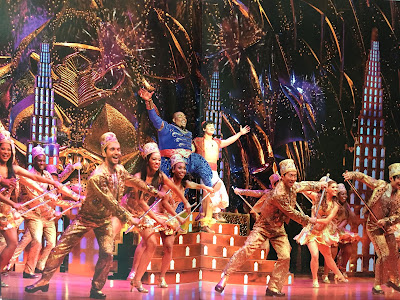 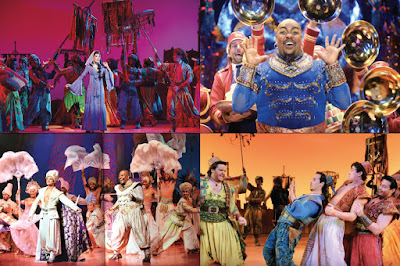 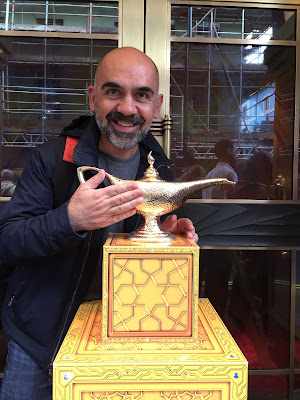