CAST RECORDINGS OF 2017: A PERSONAL LOOK 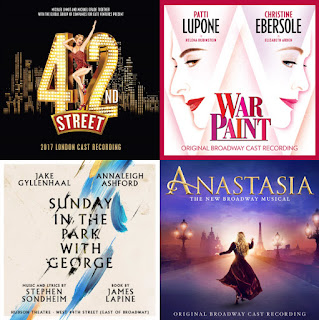 In 2017, between new cast recordings and movie/television musicals soundtracks, I counted 55 releases. Of course, I didn’t listen to all of them, but I only missed a few.

Before crucifying me for my choices, let me confess that I love the traditional Broadway sound and I have strong difficulties to enjoy other music styles. So, everything that sounds like rock country or folk hardly have a chance to catch my narrow-minded ears. In order to get an idea, take a look at my 20 FAVORITE SCORES of all time.

Without further delays, here are my choices. First, the “Jorge’s Place Awards” and then my “Top Twelve” recordings of 2017, in preference order and not including reissues. 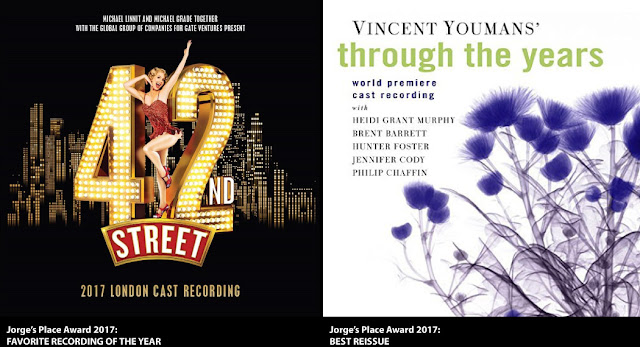 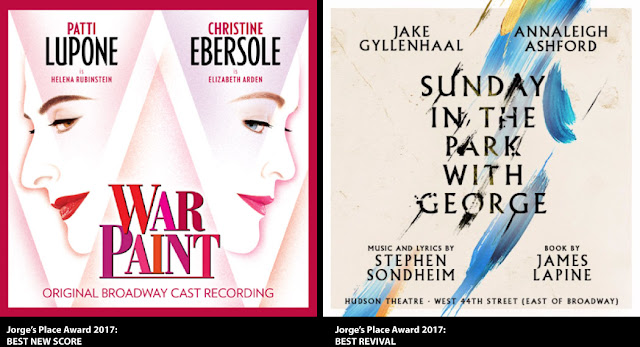 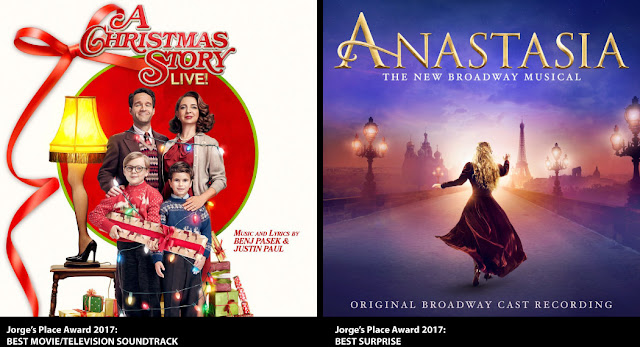 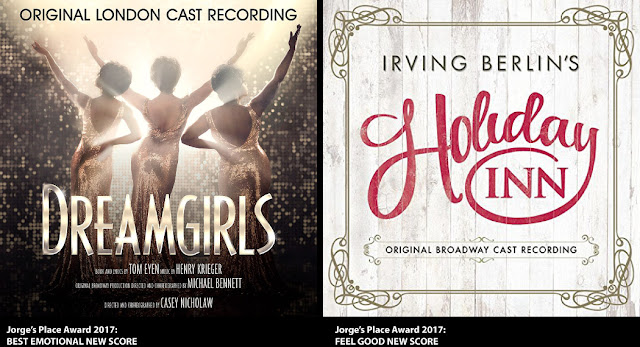 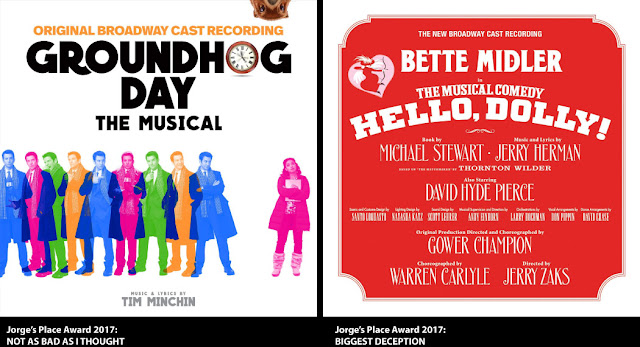 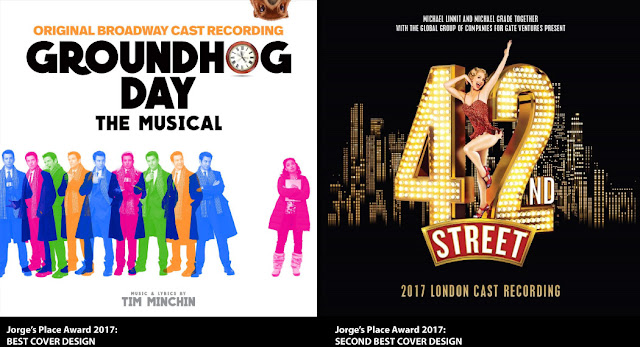