For too many years stage musicals on video have been a rarity, with just a few titles available. Whit the arrival of DVD/Blu-ray I thought musicals might have a chance, but there are only a few titles to keep us smili

This is a list, as complete as possible, of all stage musicals that were released on DVD or Blu-ray. To see a list of CONCERTS ON DVD/BLU-RAY click here. 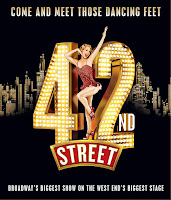 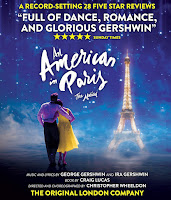 BAD GIRLS - THE MUSICAL - West End musical based on the first season of the British TV show set in a women's prison which had much of its cast reprising their roles on stage. Score by Kath Gotts and Book by Maureen Chadwick and Ann McManus. Starring Emily Aston, Phil Barley, Camilla Beeput and David Burt. 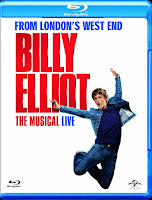 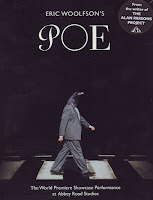 EDGAR ALLEN POE - THE MUSICAL - Filmed live at Abbey Road Studios in 2003, this musical “takes you on a gothic journey through the life and work of master horror writer Edgar Allan Poe.” Music and Lyrics by Eric Woolfson (creator and writer of the “Alan Parsons Project” which has sold over 45 million albums world-wide). Starring Steve Balsamo and Fred Johanson.

ELISABETH - Region-free DVD release of the 2005 Original Vienna Cast of the musical by Austrian by Michael Kunze and Sylvester Levay. Sung in German and starring Maya Hakvoort, Maté Kamaras, Serkan Kaya and André Bauer. This is is the complete version of the show.

IRISH THE MUSICAL - Filmed at Wexford Opera House by Passionate Film and Music Group for PBS it tells "the story of a quartet of performers leaving Ireland in 1905 and hoping to make it big in New York." Starring Nigel O’Connell, Sharon Sexton, Brian Flanagan and Aine Whelan. 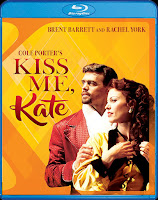 LOVE NEVER DIES - The Australian production of Andrew Lloyd Webber's sequel to “The Phantom of the Opera” Filmed Live at Melbourne`s Regent Theatre. Starring Ben Lewis and Anna O'Byrne as the Phantom and Christine.

MEMPHIS - DVD, Blu-ray,and digital download of the Tony Award-winning musical, which was filmed in front of a live audience at the Shubert Theatre on Broadway. Starring Chad Kimball and Montego Glover. Music by David Bryan and Lyrics by Joe DiPietro.

MESHUGGAH-NUNS - Dan Goggin's musical finds the sisters on an all-expense paid trip on the Faiths of All Nations Cruise. When the cast of “Fiddler on the Roof” (with the exception of the guy playing Tevye) gets seasick, the ship's captain asks the sisters and Tevye to put on a show. Starring the Original New York Cast Deborah Del Mastro, David Edwards, Bambi Jones, Bonnie Lee, Jeanne Tinker, Stephanie Wahl. 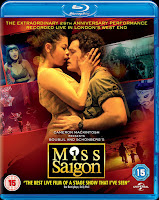 OUR HOUSE - DVD/Blu-Ray release of musical with songs by The Madness. Based in 1980s Camden Town, the musical tells the story of London lad Joe Casey, who on the night of his sixteenth birthday commits a petty crime to impress his girlfriend. The musical follows the two courses his life might have taken had he stayed to face the music when the police arrive at the scene, or if he had bunked the law by making a run for it. The musical won the 2003 Olivier Award for Best New Musical. Directed by Matthew Warchus. Starring Michael Jibson, Peter Caulfield, Tameka Empson, Richard Frame, Andrea Francis, Julia Gay, Ian Reddington and Hannah Tollman.

RADIO! THE MUSICAL - Recorded live at the Palace Theatre in Grapevine, Texas in 2002. Starring Bruce Wermuth, Connie Marie Brown, Steve Sheridan, Kelly Winstead and Andy Mullins. Songs by Stephen Taylor & Marshall Such. It tells the story of "a struggling Midwest radio station during the final days of the small broadcast group."

RENT: FILMED LIVE ON BROADWAY - “No experience quite matches the thrill of a live Broadway spectacular seen up close and in person. Now, this stunning performance shot in High Definition puts you in the front row as the smash hit RENT brings down the curtain on its history-making, 12-year run!”. Starring Will Chase, Rodney Hicks, Adam Kantor and Michael McElroy; directed by Michael John Warren. 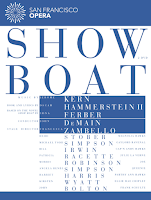 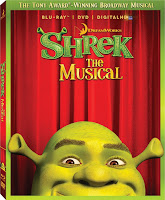 STOP THE WORLD, I WANT TO GET OFF - Shot on its original circus-ring set during a performance at the Lyric Hammersmith, the film offers a front-row seat for the charming mummery and incisive commentary of the London/Broadway hit by Leslie Bricusse & Anthony Newley. Starring Tony Tanner, Millicent Martin, Leila Croft, Valerie Croft and Neil Hawley. Directed by Philip Saville. 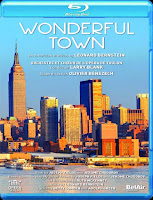