MAD ABOUT ABOUT SHOW TUNES 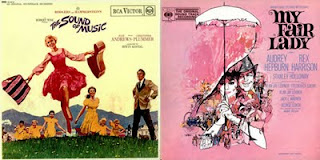 Why do we like what we like? Most of the times we don’t know the answer to this question. Take me for an example. When I was a kid I saw an Astaire & Rogers movie on television and I fell in love with that style of music. Why? Honestly, I still don’t know.

In my parent’s house there wasn’t any record player, so it wasn’t from them that I got my taste in music, although they loved to dance tango and other ballroom dances (in fact they meet at a ball). They told me that when I was a little boy I was fascinated with music, but at an early age I was more into Opera and Operetta. Back on those days, both art forms were a constant in our television and I refused to go out every time they were broadcasted. I don’t know exactly if my first taste with the Musical was with an Astaire & Rogers movie, but that’s what I remember.

Soon I forgot all about Opera and I start focusing only on the Musical. There was something in that kind of music that attracted me and it was like it spoke privately to my feelings. One day my parents gave me a cassette player (remember that?) and I started recording the songs from the movies that were broadcasted on the television. When I did my fourth grade I finally got my first record player. It was in the shape of a suitcase and the sound wasn’t that good, but I loved it! My first vinyls were the movie soundtracks of THE SOUND OF MUSIC, MY FAIR LADY and SONG OF NORWAY. Soon I found out that, for someone living in Portugal, it wasn’t easy to find musicals in vinyl. 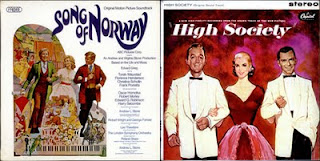 By the age of eleven I also found out that my musical tastes didn’t match the ones of my school colleagues. For them I was kind of weird. While they listened to the likes of Pink Floyd, Supertramp, Queen, Michael Jackson, Madonna and others, I was listening to OKLAHOMA!, THE KING AND I, CHICAGO, HIGH  SOCIETY, CABARET and everything I could find in that genre. A couple of colleagues were fond of Musical Movies, but they also enjoyed the music of our time. Not me.

I felt lonely in my musical tastes and my father was always saying “I had the mania of being different”. But in truth I didn’t care much about my generation music styles. Yes, Disco was fun, but I preferred Jerry Herman. So, I enjoyed my Musicals in solitude and thought I was all alone in the world. 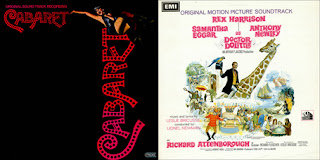 Forward in time. In 1989, I went to London for the first time in my life and guess what? There I discovered two shops, Dress Circle and another one that closed years ago, specialized in Musicals and for the first time in my life I realized I wasn’t alone. There were others like me, who enjoyed the work of Gershwin, Porter, Sondheim, Berlin, Coleman, Kander, etc, and that made me feel very happy.

I still don’t know exactly why I love this kind of music, but it has something to do with its power to uplift my heart and soul, for its joy of living, for its delicious melody, for its contagious rhythms and for its irresistible humor. Mel Brooks said, "Musicals blow the dust off your soul." and he couldn’t be more right. Believe me, there’s nothing better than a musical to “kick the clouds away” and put you in a good mood.

Composer and lyricist Jerry Herman got it right in one of his first songs – “There’s Just No Tune as Exciting as a Show Tune”.

Read more of my Chronicles at MusicalChronicles.htm
Posted by Jorge Tomé Santos at 6:28 PM