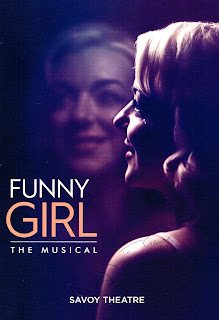 The Plot: The story of Ziegfield star, Fanny Brice, from her humble beginnings to her complicated marriage with gambler Nick Arnstein.

The Cast: Taking the role Barbra Streisand made famous and that gave Sheridan Smith great raves, understudy Natasha J. Barnes manages to make it her own. Her Fanny Brice isn’t bigger than life, is more human but big enough to emotion us and her empathy with the public is so natural that I felt like we were friends. Many people say she’s too young for the role, but Streisand was only 22 years old when she created the role on Broadway. Barnes may not have Streisand’s pipes, but she strongly delivers her songs with heart and soul. At the end of the show, while we were all giving her a standing ovation, she couldn’t keep the tears flowing from her eyes. She also shows a perfect comic timing and shares real chemistry with her Nick Arnstein. In this role, Darius Campbell combines charm and style with a sexy voice; no wonder Fanny falls for him. Marilyn Cutts is very good as Fanny’s mother, Joel Montague couldn’t be nicer as Eddie and Bruce Montague could be the real Florenz Ziegfeld. 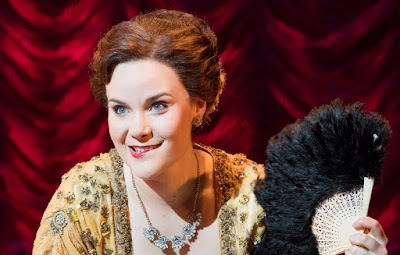 The Score: The “Overture” is a musical treat and one of the best ever written for the stage and no one wrote overtures like Jule Styne did. In fact, the whole score is pure music perfection with unforgettable classics like “People”, “Don’t Rain on My Parade” and “The Music That Makes Me Dance” (one of my favorite torch songs), plus a lot more of great songs, makes this one of the best scores of all times. Curiously, this production has two songs that I never heard before: “Temporary Arrangement” sung by Nick Arnstein and “What Do Happy People Do” sung by the girls; they may not be as good as the other songs, but work great in the context of the show. One thing is sure, they don’t write scores like this anymore. 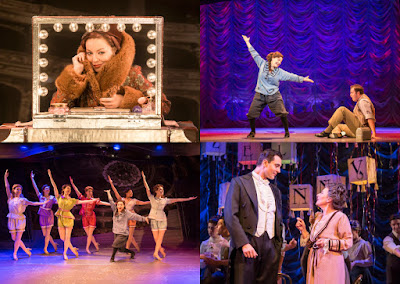 The Show: Director Michael Mayer had the scary responsibility of directing the first London and Broadway revival of FUNNY GIRL. Produced for London’s Chocolate Factory, this isn’t a big production, but a small one, where everything counts and you need to use your imagination in order to take the best advantage of the material you have in your hands (I loved the use of the side mirrors). And that’s exactly what Mayer did. He never tries to emulate the famous movie adaptation, making this, with the help of a revised book by Harvey Fierstein, his own view of the show. Choreographer Lynne Page doesn’t give us huge productions numbers, but rather functional ones, where the humor works and the cast dances with joy. I confess I never thought I would be lucky enough to see a production of this musical on stage, but I was really fortunate and had a wonderful time with it! 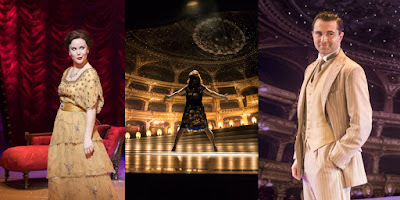 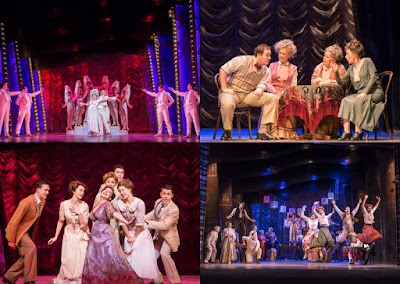 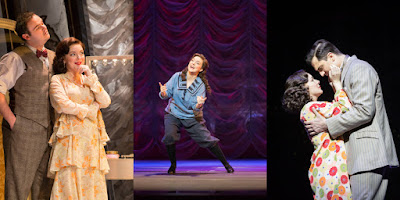 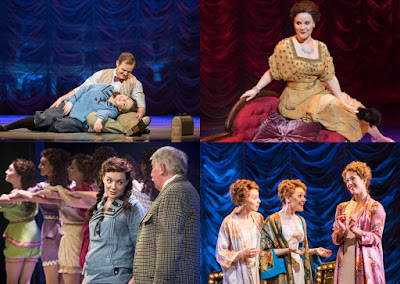 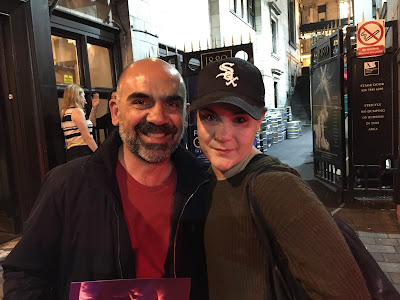