ALICE THROUGH THE LOOKING GLASS: A CD Review 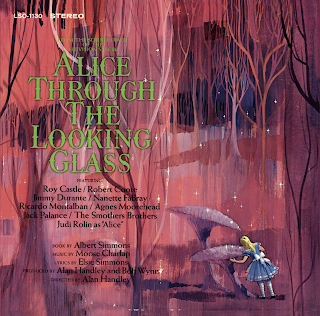 Review: I love when I discover a musical I never heard before and this television production fits in that category. I don’t’ know how it work on television, but by listening to this enjoyable recording I hope that one day I’ll be able to see it.

Composer Moose Charlap (also known as Mark “Moose” Charlap) didn’t write many scores, but one of those was for Mary Martin’s PETER PAN, that is without doubt is most famous work. For this ALICE he was in an inspired mood and the result is the kind of songs I really like. 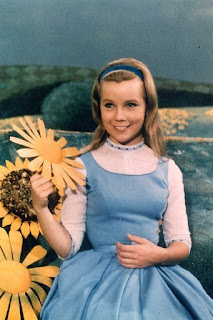 The best songs are sung by the great and almost forgotten Nanette Fabray, “I Wasn’t Meant to Be a Queen” and “Alice is Coming to Tea” that sounds like a big production number (according to the notes on the booklet it was “probably the wildest number choreographer Tony Charmoli ever staged”). As Alice, Judi Rolin shows a sweet voice with “Come Out, Come Out, Wherever You Are” and with the pretty ballad “Who Are You?”; she has a good time with Jimmy Durante, “’Twas Brillig” and with the Smother Brothers, “The Backwards Alphabet”. I don’t know why, but too me Jack Palance sounds a bit like Alan Cumming on “Jabberwock Song”. Ricardo Montalban give us a charming “Some Summer Day”. The only song that I don’t like is “Keep on the Grass”.

This isn’t as good as PETER PAN and the orchestrations are a little bit dated, but this is very entertaining and it’s always a pleasure to hear Nanette Fabray. I believe this deserves a place on every musical fan’s library and, besides that, it’s quiet enjoyable. 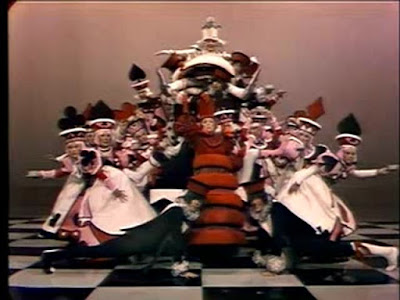 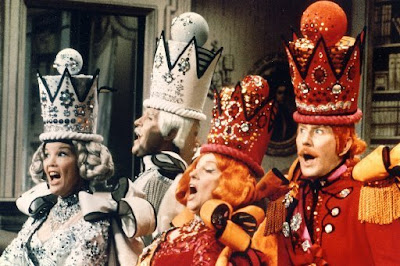