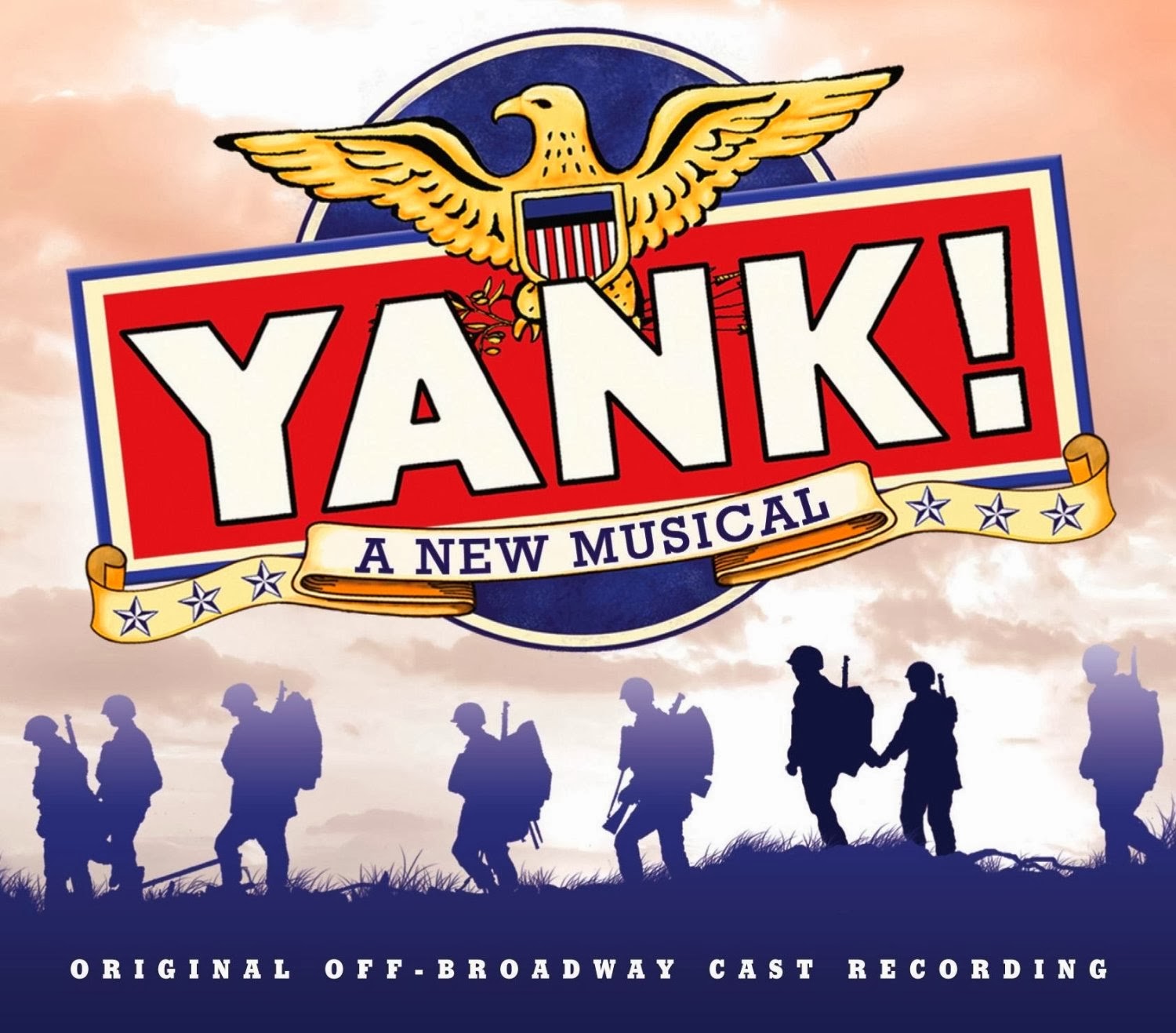 It’s been a long time since I felt so enthusiastic about a new musical and even more about a new writers team, but the brothers Zellnik (David, lyrics and book, Joseph, music) have made my day and have my complete attention.

This show began it’s life in 2005 at the New York Musical Theatre Festival where it was a success and later, in 2010, opened Off-Broadway where it was a hit and there was even talk of transferring it to Broadway. Unfortunately, it didn’t happen, but maybe its intimate story won’t work in a big stage. 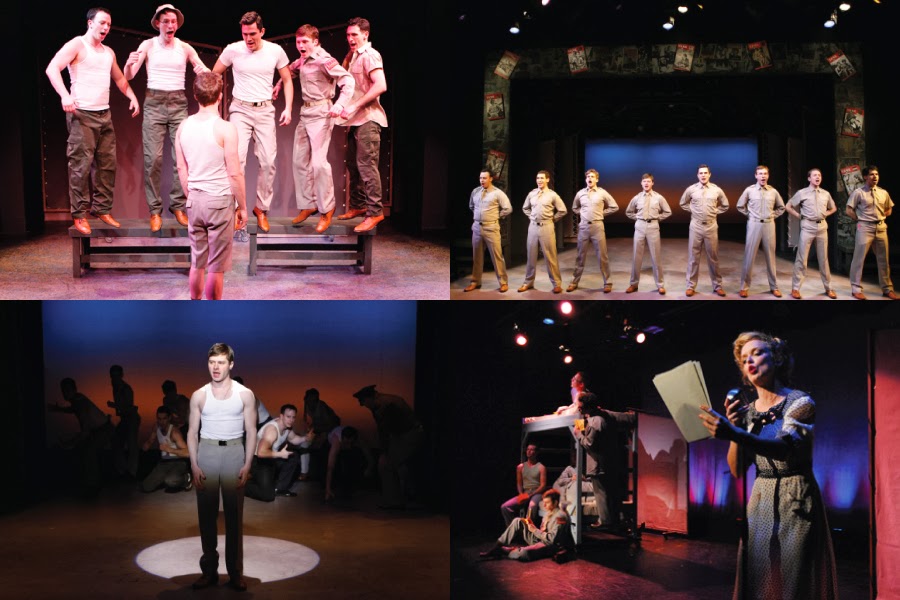 For a fanatic of old fashioned scores like me, this musical is heavenly delightful. The first song we hear, “Rememb’ring You”, is an utterly romantic ballad that takes us in a journey back in time. The action takes place in the early forties, during Second World War, and tells the heartbreaking story of two male soldiers who fall in love. I guess that in other hands, the show might have some contemporary songs, but the Zellnik brothers preferred to homage the musicals of the time and their work brings to mind the great Irving Berlin. There’s a quality to their songs that has been missing in most new musicals and it’s refreshing to find such beautiful melodies back on a show. There’s no doubt they wrote the score with the heart on the right place and with an honesty that’s rare to find. The lush orchestrations by Jonathan Tunick keep the flavor or the era alive through the entire score. 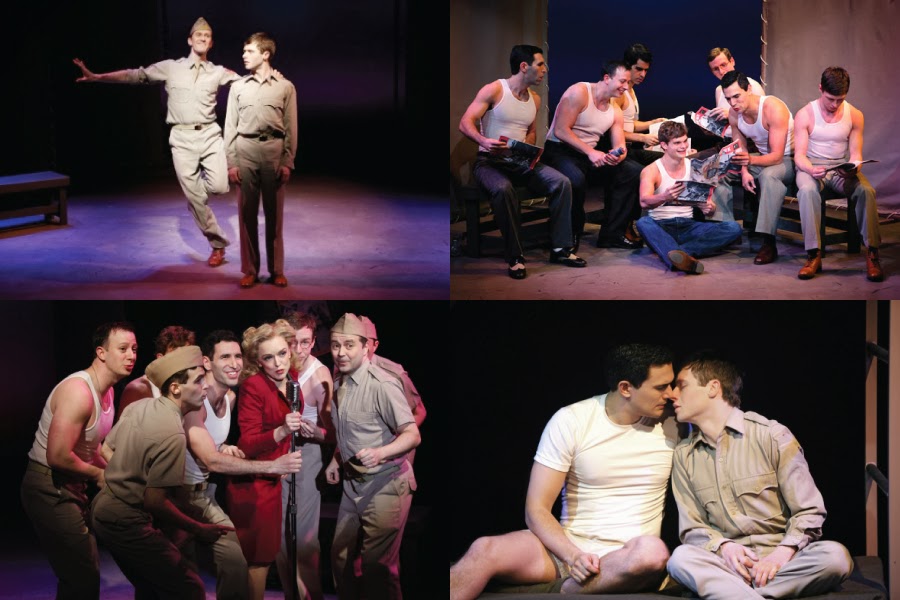 The cast is made in heaven. As the two lovers, Bobby Steggert and Ivan Hernandez seem to share real chemistry in their romantic duet “A Couple of Regular Guys” and in the poignant “Just True”, a great love song about being true to our feelings. Hernandez also delivers a passionate rendition of “Rememb’ring You” and with “You, You” make us believe in his mixed feelings. A terrific Jeffry Denman gives us the irresistible dance number “Click”, were tap becomes a new way of cruising, and the funny “Light on Your Feet”. The other “soldiers” Tally Sessions, Ross Lekites, David Perlman and Christopher Ruth deliver a contagious “Your Squad is Your Squad”, making us wish we could enlist and be part of the group.

And then there’s the fabulous Nancy Henderson, who sings all the female roles and sounds just like the divas of the era, giving all her numbers personality, humor and an aura of romance. She’s as perfect as a lesbian secretary, the witty “Get It, Got It, Good”, or as the torch song singer of the haunting “Blue Twilight”. I also fell in love with her nostalgic “My Soldier”.

The CD cover is so subtle, that at first we don’t notice the two soldiers holding hands. That makes it so attractive and tender!

If I haven’t been able to convince you yet to get this recording, let me just add one more thing. Close your eyes and let “Neath starlight’s silver beams” fill your dreams and I’m sure you’ll fell in love with YANK! This is a highly enjoyable recording with a perfect cast. Don’t miss it! 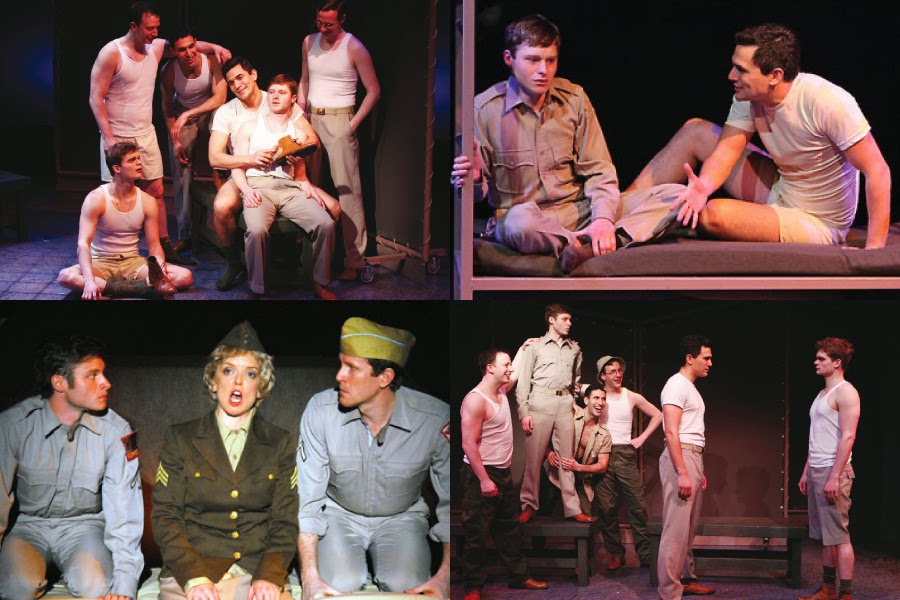