CAST RECORDINGS OF 2012 - A PERSONAL LOOK 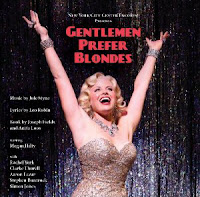 2012 was also the year that I surrendered to the digital downloads. The albums are cheaper and come to my “hands” quicker than if I had to order them from some foreign site. Living in Lisbon, Portugal, isn’t easy to find cast recordings on shops and even at iTunes there are some titles that aren’t available yet (I hope they will in a near future) at the Portuguese shop and, for irrational reasons, I can’t buy them from the other shops.

After listening to samples of the new musicals that were released on CD (or for digital download) in 2012, I come to the conclusion that their scores weren’t my “cup of tea”, so I didn’t buy the likes of BRING IT ON, CALVIN BERGER, LYSISTRATA JONES, ONCE, CARRIE, LEAP OF FAITH, QUEEN OF THE MIST, A CHRISTMAS STORY, NEWSIES and BONNIE & CLYDE. It’s true, some of these scores have a song or two that pleased my traditional musical tastes, but that’s not enough to spend money on them. 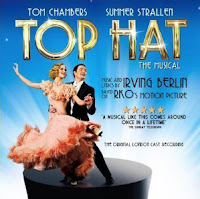 Regarding revivals like EVITA, SWEENEY TODD, PORGY AND BESS and GODSPELL, none of those got me excited, so I passed those too. As for reissues, the truth is I already have the ones I like. But I recommend the London Cast of CABARET with Judi Dench, THE MYSTERY OF EDWIN DROOD, ME AND JULIET and the remastered edition of FOLLIES.

That leaves me with only eleven albums, here in alphabetical order:
CHAPLIN – although it isn’t a great score, for me is the most interesting of all the new musicals;
DONNYBROOK – I expected more from this 60s musical, but even so it has an enjoyable score by Johnny Burke; 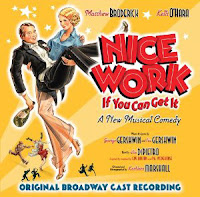 FORBIDDEN BROADWAY ALIVE & KICKING – they’re back and they’re missed. I always had a thing for this funny series;
GENTLEMEN PREFER BLONDES – this City Center Encores recording is my favorite rendition of this classic score and, more than Megan Hilty I love Rachel York;
THE LAND WHERE THE GOOD SONGS GO – a revue of songs by the great Jerome Kern sung by a good cast. Everything is pure melody, but I wish the tracks didn’t sound so much alike;
MERRILLY WE ROLL ALLONG – this troubled Stephen Sondheim musical was never one of my favorites. Sung by a terrific cast and with a jazzier touch, this is probably the more complete recording of the score; 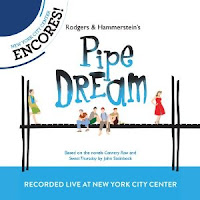 NICE WORK IF YOU CAN GET IT – another “new” musical with a score by the fabulous Gershwin brothers. I love this kind of stuff and it has a few contagious tracks. As for the cast, Matthew Broderick doesn’t sound his best, but everyone else seems like they’re having fun. Anyway, I prefer CRAZY FOR YOU;
PIPE DREAM – a lesser Rodgers & Hammerstein score is more interesting than most new musicals. Here, a winning cast makes this recording more enjoyable than the original cast recording;
SINGIN' IN THE RAIN – it’s true, I’m not very fond of the male singing voices, but how can I resist these kind of songs?
SWEET LITTLE DEVIL – a forgotten 1924 musical by George Gershwin and B. G. DeSylva, brought to life by PS Classics and a star cast.  I like it but I didn’t fell in love with it;
TOP HAT – music and lyrics by Irving Berlin, that was enough for me to buy this recording. A highly enjoyable return to the fabulous Astaire & Rogers movies, with contagious orchestrations and, with the exception of the leading man, a good cast. 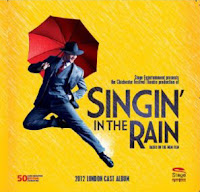