ANDROCLES AND THE LION: A CD Review 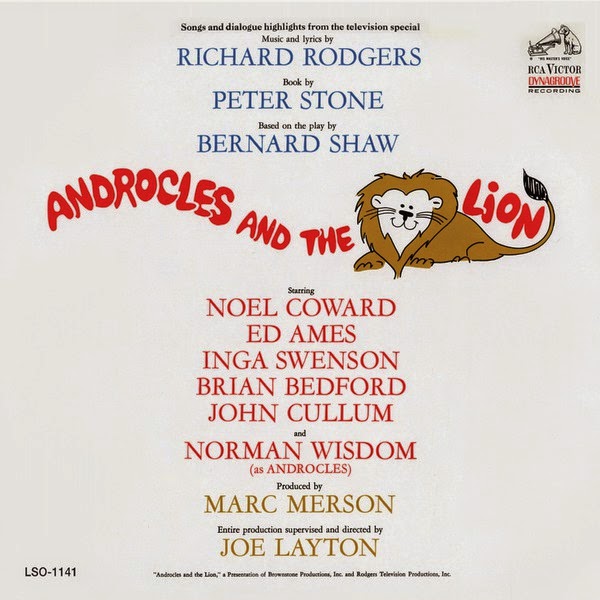 The idea of a musical built around the subject of Christians that were thrown to the lions on ancient Rome may seem strange, but there have been other strange subjects with good results (URINETOWN come to mind).

I think the producers of this 1967 television special believed they had a sure hit in their hands. Like MY FAIR LADY, it was based on a George Bernard Shaw play and they had the great Richard Rodgers to write the music and lyrics (like he did on NO STRINGS). As for the cast, it had a talented group of actors: Noel Coward, Inga Swenson, John Cullum and Norman Wisdom, among others. 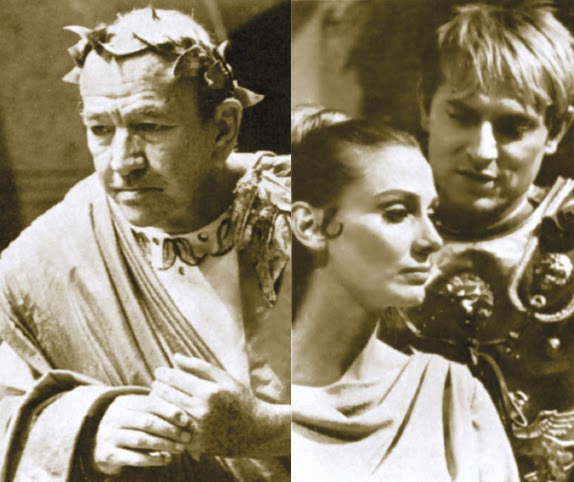 I’m a huge Richard Rodgers fan, specially his collaboration with Lorenz Hart, but I don’t enjoy everything he did. This recording, which was never released on CD until now, isn’t among his best work. The fact that there’s plenty of dialogue in it doesn’t help, at least for me. Things start with a promising overture, followed by the sweet lullaby “Velvet Paws” sung by Norman Wisdom, who also has a good time with “Don’t Be Afraid of an Animal”. Inga Swenson and John Cullum share two melodic romantic songs, “Strangers” and “No More Waiting”. Noel Coward as Caesar has fun with “The Emperor’s Thumb”. Unfortunately, the rest of the score isn’t very interesting.

Nevertheless, this historical recording is a must for die-hard musical fans, highly recommended to the ones who love the work of Richard Rodgers.